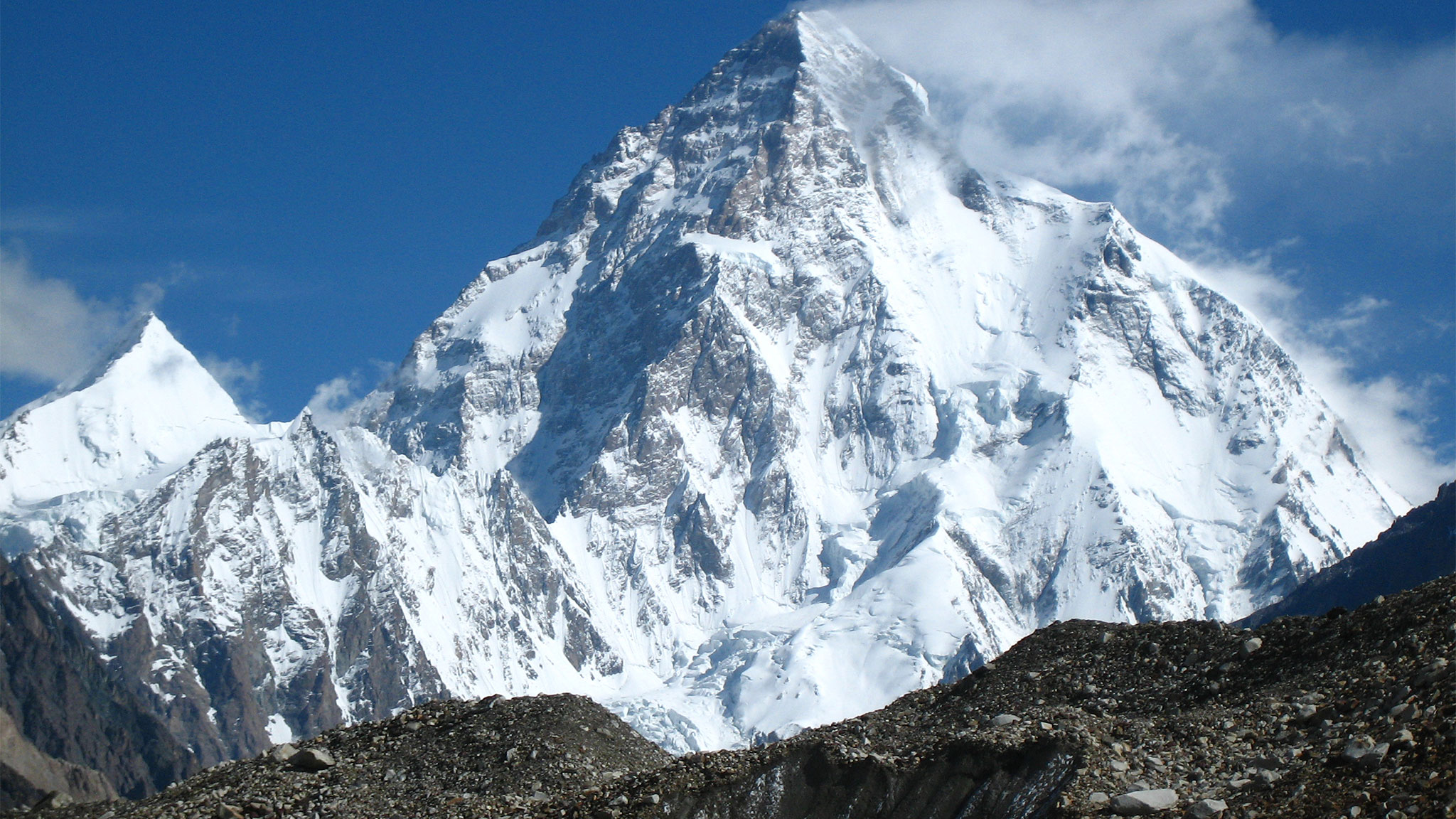 Karakoram in Turkish means “Black Rubble”. In 1856 Capt. Montgomerie surveyed a number of peaks in the Baltoro region of the Karakoram from a distance of about 200km. He noted a cluster of high peaks and named them with the prefix “K” for Karakoram K1, K2 and K3.

Again in 1861 the area was further surveyed by Col. Godwin Austin and recognized this rocky pyramid as K2 as the highest and measured it to be 8619m and then 8611m but the present official height of K2 stands as 8616m as per the scientific measures made from Concordia in 1987. Its local name is Chogori, which means Great Mountain or “King of Mountains”.

The route to K2 goes through the famous Shigar Valley and Baltoro Glacier region of Baltistan. There are several high peaks, which are situated in this world’s largest temperate zone glacier. Only the highest or more prominent ones have been named or climbed. An incredible nineteen of these peaks in the Baltoro region tower over 7600m while four of them are 8000ers.

K2, the second highest mountain in the world often known as Savage Mountain towers majestically above Concordia with the sweeping Godwin Austin Glacier offering an ice highway towards its Base Camp.

There are a number of routes on K2, of somewhat different character, but they all share some key difficulties. The first ascent route is known as the standard route or Abruzzi Ridge and used for more than any other route, via the Abruzzi Spur (Southeast Ridge). K2 was first attempted by Luigi Amedeo, Duke of the Abruzzi in 1909 but was first climbed by an Italian expedition on July 31, 1954. The expedition was led by Ardito Desio and the two climbers who actually reached the top were Lino Lacedelli and Achille Compagnoni. Also on the expedition was the famous Italian climber Walter Bonatti and Pakistani Hunza porter Mahdi, who proved vital to the expedition’s success in that they carried oxygen to 26,600 feet (8,100 m) for Lacedelli and Compagnoni. Their dramatic bivouac in the open at that altitude wrote another chapter in the saga of Himalayan climbing. This spur begins at an altitude of 5,400 m/17,700 ft, where Advanced Base Camp is usually placed. The route follows an alternating series of rock ribs, snow slopes, ice fields, and some technical rock climbing on two famous features, “House’s Chimney” and the “Black Pyramid.” Above the Black Pyramid, dangerously exposed and difficult to navigate slopes lead to the easily visible “Shoulder”. The last major obstacle is a narrow couloir known as the “Bottleneck”, which places climbers dangerously close to hanging seracs. It was partly due to the collapse of one of these seracs around 2001 that no climber’s summitted the peak in 2002 and 2003 and most of the eleven people lost their lives due to the breaking of huge ice blocks from this cliff and often on their way down.

Fly to Skardu. In case of cancellation of flight drive to Chilas (480 km).

Fly to Islamabad. In case of flight cancellation drive to Chilas.

Leisure day at Islamabad. In case of driving, complete rod journey from Chilas to Islamabad.

Farewell meet. Transfer to airport for your return flight home. 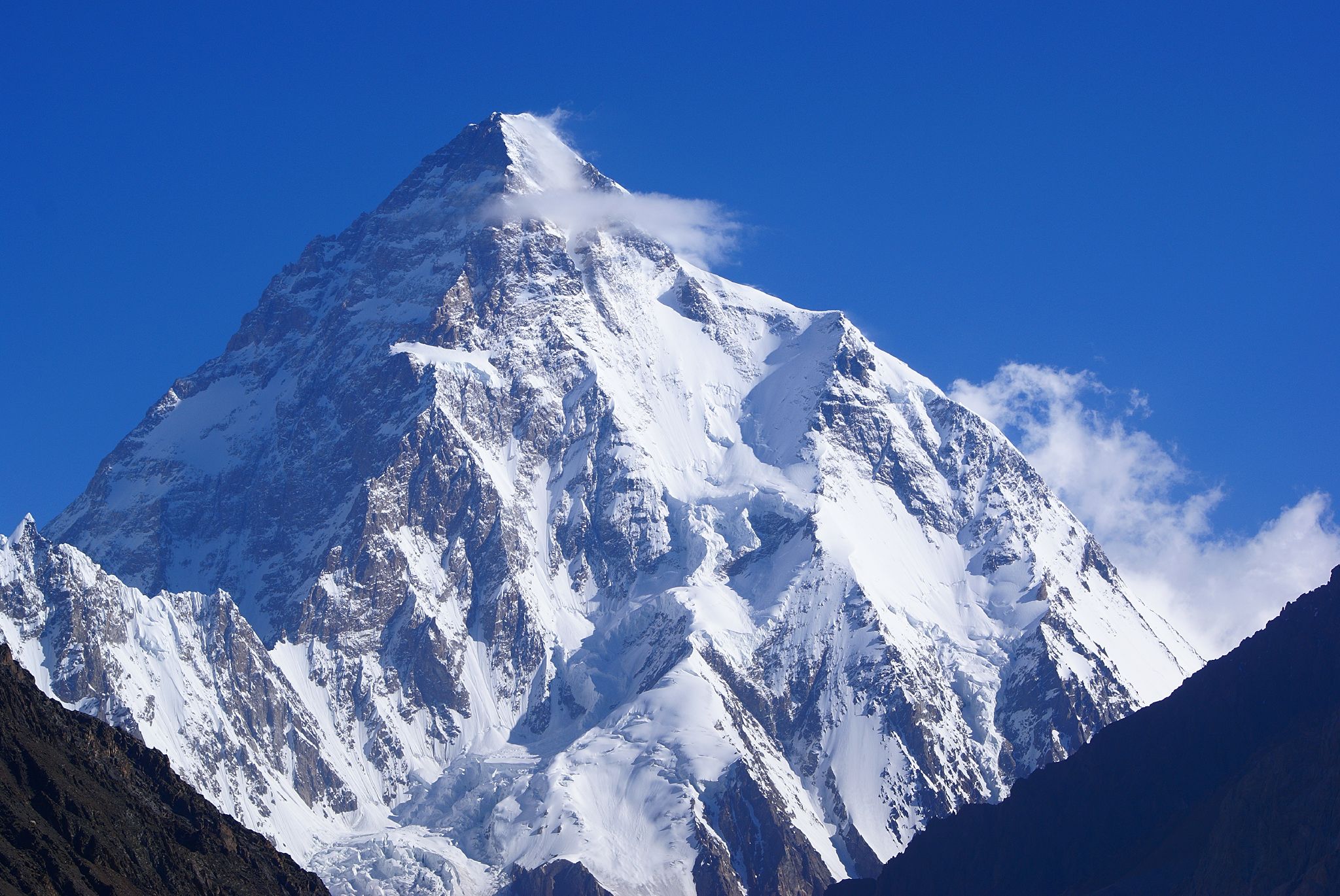 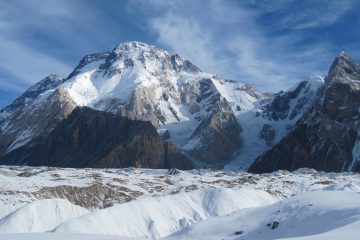 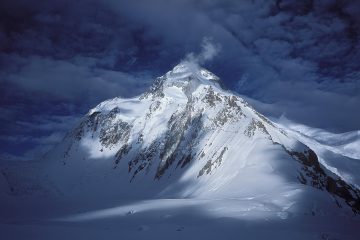 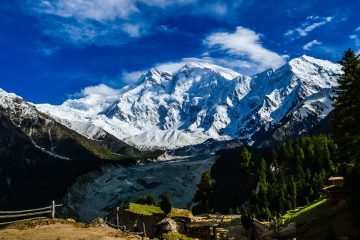